The truffle is the true “jewel” of this land, one which is jealously guarded. It has become a part of the collective imagery. 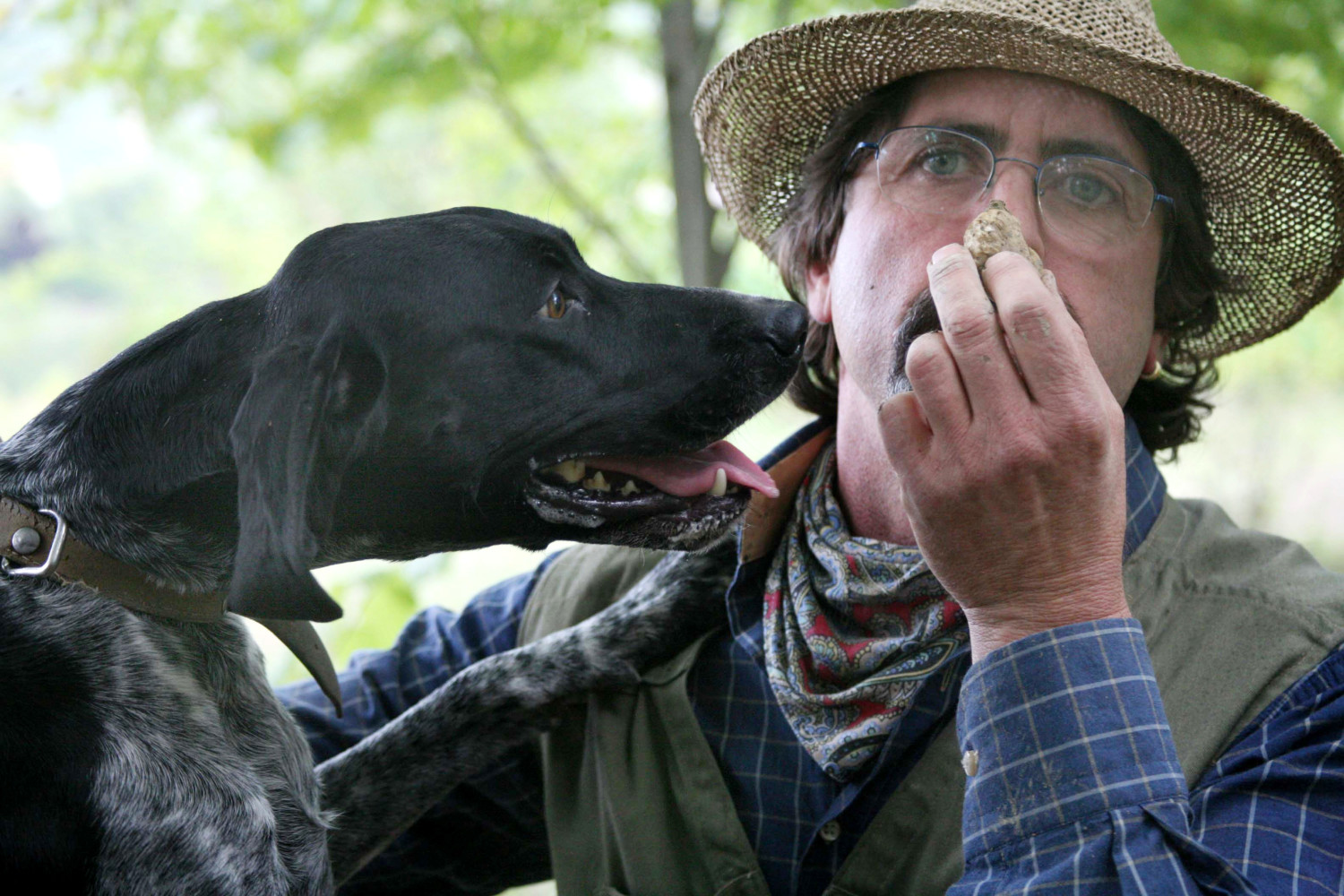 The truffle is the true “jewel” of this land, one which is jealously guarded. It has become a part of the collective imagery: from the poet Juvenal (who identified its origins as having come from a lightning thrown by Jupiter near an oak tree) to Gioacchino Rossini (he thought  it was “the Mozart of mushrooms”), to Alfred Hitchcock (who said he came to Alba attracted by the mystery surrounding truffles, so much that he wanted to shoot a film about them) to Marylin Monroe (who wrote to Giacomo Morra, the “king of truffles”, that she had «never tasted anything more flavourful and exciting: to you my special thanks for the pleasure that you brought to me. Your devoted and affectionate Marylin»). It’s all a blossoming of legends and witnesses by prestigious admirers.
To “find” a truffle, the seeker (trifolao) relies on the collaboration of a mixed breed dog, with a fine and well trained sense of smell – in the Langhe there even exists “the university of truffle dogs“, to identify the aroma of this mushroom. In the woods, when the dog smells the truffle, he indicates it to the seeker, who extracts it with maximum delicacy using a special small hoe.
The Tuber magnatum Pico (White Truffle of Alba or precious white), is pale yellow or even ochre in color, occasionally with dark red patches. The size varies from that of a large apple to one kilogram specimens, and they are picked up from late summer to the beginning of winter. During the last century the fame of the Tuber magnatum has made its way around the world, gaining the set-trends tables all over the world. There are many events during which it is celebrated: The National Fair of the White Truffle of Alba is perhaps the most famous.
A few grams, barely ten, are enough to abundantly embellish a course. Some advice for fully enjoying the white truffle: it is eaten raw, thinly sliced with a special truffle cutter onto basic, neutral dishes, essential for appreciating the complex, intense and enveloping roma. Served on raw finely chopped meat, fried eggs, tajarin pasta served plain, and fondue are perhaps some good ways to experience how the scent of the truffle can amaze.