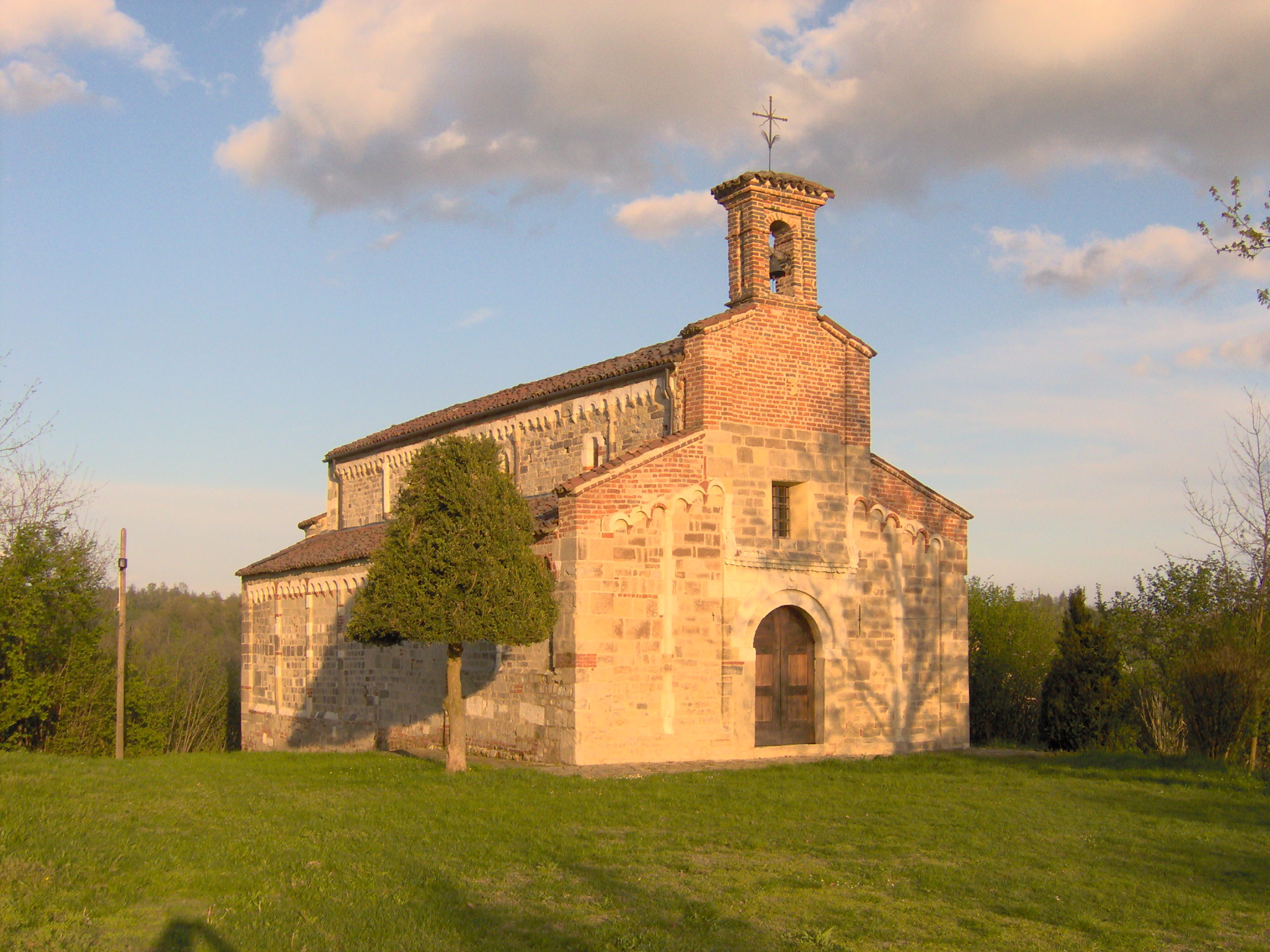 The hills surrounding Asti preserve some ancient and intact Romanesque land churches. They were the core of the religious and social life of small hamlets, built by the Church in order to evangelize the Celtic or pagan populations living in this area. Although they fell into disuse over the centuries, they preserved their original Romanesque style: discover the fascination of this land through its old vestiges.

Roccaverano is in the South of the province of Asti. The land church of San Giovanni, which was built around the  11 th Century on a hillock near the village and famous for its frescos dating back to the 15th Century and it was decorated by painters of the Ligurian school. The nave decorated with a star pattern was probably carried out in the 19th Century, while the presbytery dates back to the 16th Century. On the apse you will find a representation of the twelve apostles: eight of them are painted in fake niches and the other four in pairs on the side walls. On the walls you can also see eight panels dedicated to the story of the church’s patron saint, Saint John the Baptist, while the vault is painted with frescos representing some episodes from the Lives of Saints.

The route goes on southward: passing through Bubbio and Canelli you will reach Calamandrana, where the church dedicated to San Giovanni delle Conche is built on a gentle slope. The Consuls of the Aachen Council decided on the submission to Alessandria in 1203 in this church. In the 18th Century the Mass was celebrated once a year on the patron’s day, and this habit still survives.

From Calamandrana, you can continue in the direction of Nizza Monferrato, reaching Rocchetta Tanaro. A short distance from the village centre you can admire the beautiful land church of Santa Maria di Flexio, which was named after an ancient village of the region. Flexio dated back to 985 A.D.; over the centuries it became a deserted village. Nevertheless local people kept visiting the land chapel, which gave rise to some legends, while the local rich families kept providing for its upkeep.

In Rocca d’Arazzo you can find the church dedicated to Santo Stefano and Santa Libera, one of the most beautiful Romanesque buildings in the province of Asti. The church was built on a hilltop dominating the Tanaro Valley and it is surrounded by woods. On clear days you can have a wonderful view extending from Asti and the Monferrato hills to Monviso and Monte Rosa in the Alps.

The land church of San Pietro stands just outside Portacomaro, on the way to Scurzolengo. It dates back to the late 11th Century; it was the first parish church of the village and it kept its office even when bigger churches were built.

From Portacomaro, you can reach Castell’Alfero, a small village dominated by a castle, a Baroque residence now housing the seat of the town council. Around the village you will find a solitary and fascinating small church dedicated to the Madonna della Neve: its bell tower is a very peculiar example of a round Romanesque bell tower, made of irregular layers of sandstone and bricks and with four large rectangular windows in the belfry.

In Settime you can find the land church of San Nicolao, also called “San Nicolao at the cemetery”. The typical gable façade is very sober, and the back of the apse displays beautiful suspended arches, half columns and capitals decorated with plant patterns and anthropomorphic images.

From Settime, passing through Monale and Baldichieri you reach Tigliole, the last village of this route, you can admire the beautiful Romanesque church of San Lorenzo, dating back to the 11th Century. It has a rectangular plan and a semicircular apse. The main entrance is surrounded by two columns bearing a Roman arch made of bricks; the three spans of the nave are roofed with cross vaults made of bricks.