On the Sacro Monte in Montà d’Alba you can visit the Sanctuary and a Chapel of the Holy Tomb, which was built on Roman walls. In 1775 13 piers were built with Via Crucis scenes painted in them. 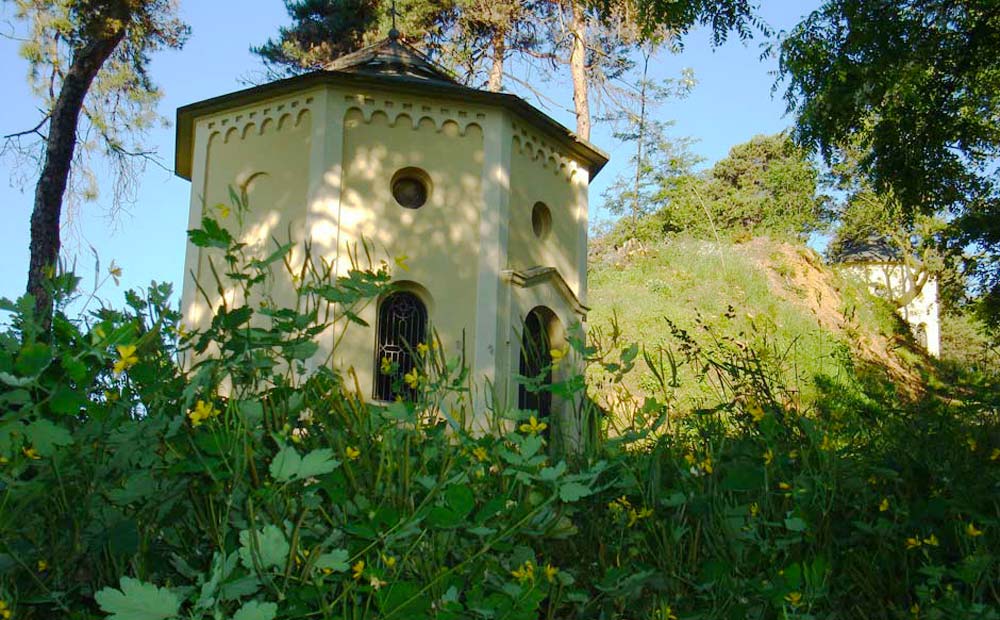 On the Sacro Monte in Montà d’Alba you can visit the Sanctuary and a chapel of the Holy Tomb, which was built on Roman walls. In 1775 13 piers were built with Via Crucis scenes painted in them.

Santuario dei Piloni is one of the most important architectural examples of Roero. The woods in this area were dedicated to the pagan worship of goddess Diana; afterwards, a chapel dedicated to San Giacomo and San Filippo rose on this area during the first years of the Christian era.

During the period of the Crusades a monk chose the chapel of San Giacomo to live in; he then decided to build the Chapel of the Holy Tomb as a procession destination.

A first document about the Chapel goes back to 1742. Inside the Chapel you can see the statue of dead Christ, made of Palestine olive wood. The statue is in a glass box, which a chevalier brought back from the Crusades. As in 1770 the Chapel was being renewed, a miracle happened: although the cart that transported the bricks detached from the team, the workers were not wounded.

The 13 chapels dedicated to the Passion of Christ were destroyed after a century from their building because they were badly conserved. In 1887 the Council of Administration of the Sanctuary began to renew the 13 chapels: Placido Massello projected a hexagonal structure for them.

The primitive piers had only paintings in them, whereas in Massello’s chapels you can admire sculptures of the brothers Musso from Turin, Stefano Brilla from Savona and Antonio Toliano.

The description of the Sanctuary is in collaboration with www.langhe.net.