The cuisine of the Langa has something magic. Here, popular wisdom has been able to redeem poverty with genius and passion. 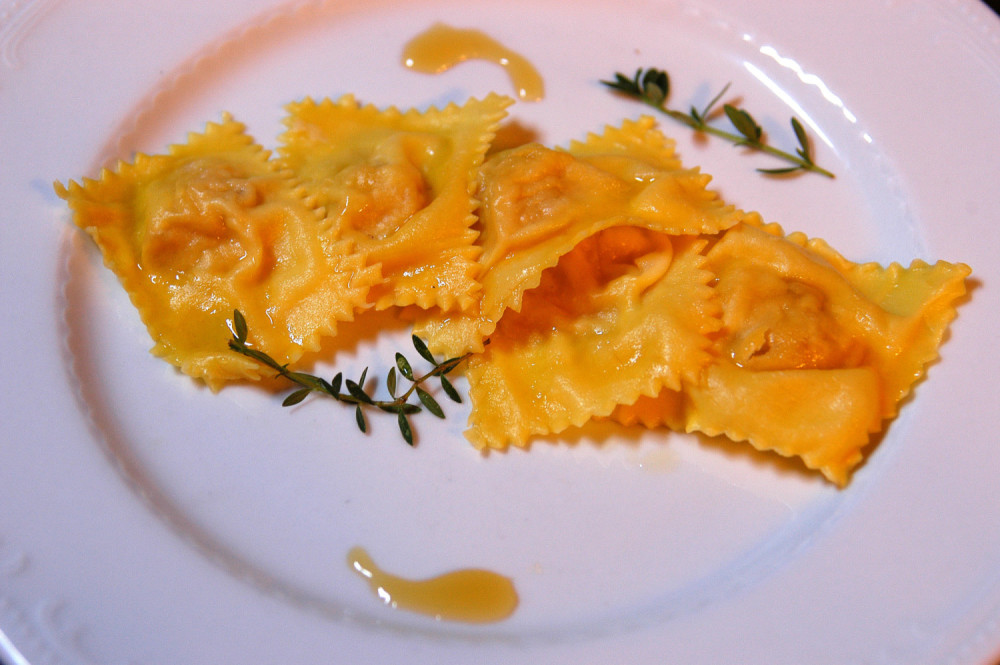 The cuisine of the Langa has something magic. Here, popular wisdom has been able to redeem poverty with genius and passion. Visiting this area, “to go for Langa”, it also means discovering the history of its cuisine. It is a simple cuisine and tasty, due to the delicious “raw materials” used with sincere elaboration and without any disguise. It is also the result of wise and ancient influences: farmers brought wine to the Aosta Valley and they returned with Fontina cheese which they ennobled with truffles: in this way the fondue reached its best taste. Other people travelled through the salt trail, Alba, Bossolasco, Millesimo, Savona, and they came back with salt, anchovies, and olive oil, which added to garlic they gave birth to the Bagna caoda myth.
With any doubt, gastronomy is the most irresistible attraction of the Langhe. Its fame is increased by extraordinary wines which are served with the most noble delicacies: there are many Langa dishes which are cooked with wine, like braised meat with Barolo wine, risotto with Dolcetto wine, wild boar “al civet”, rabbit with Arneis wine. The myth of thr Langhe cooking has been carried on thanks to a restaurant network that has stayed  sticked to the tradion through time, but open to new tastes and modern inventions.
The small family-run  taverns scattered throughout the area, often perched on panoramic hill tops and set in simple, tidy and welcoming locations, these are the best witnesses of the tradition, mainly based on the choice of quality raw materials, which made the fruits of this land world-famous.
The local cooking includes a wide choice of starters, such as  chopped row meat, whose rediscovery is due to the “king of truffles”, Giacomo Morra. In fact, in the past it was considered too simple and poor a course to appear in Alba’s restaurant. The excellent veal with tuna sauce , whose light and delicious sauce is a revaluation of a complex recipe once served Savoy’s table. The well-known Bagna caoda should be served as starter with peppers and vegetable flan.
Regarding  first courses, there is an excellent variety of homemade  pasta: such as Agnolotti al plin al sugo di carne o di arrosto (agnolotti pinched pasta with meat or roast sauce),  Gnocchetti alla toma, the renowned Tajarin which according to tradition is made with one egg yolk per hundred grams of flour. Those who would like to allow themselves an extra luxury can taste these first courses with a bit of grated white truffle, maybe the most precious product of this area, but for sure the most famous.
Last but not least, there is the great confectionary tradition, from which the famous Torrone rises. It is prepared with simple and genuine ingredients (eggs, honey, sugar and the omnipresent hazelnuts), it is without any doubt one of the most appreciated confectionary product by visitors who come to Alba for fairs and other popular events . The most well known and widespread is the white torrone, but there are other varieties, like the soft, the chocolate and the rum torrone.