Roddi is on the hills towards Alba and it is a medieval village around its castle. Now, it hosts a cookingh school a nd a museum devoted to the truffle and its “inventor”, Giacomo Morra. 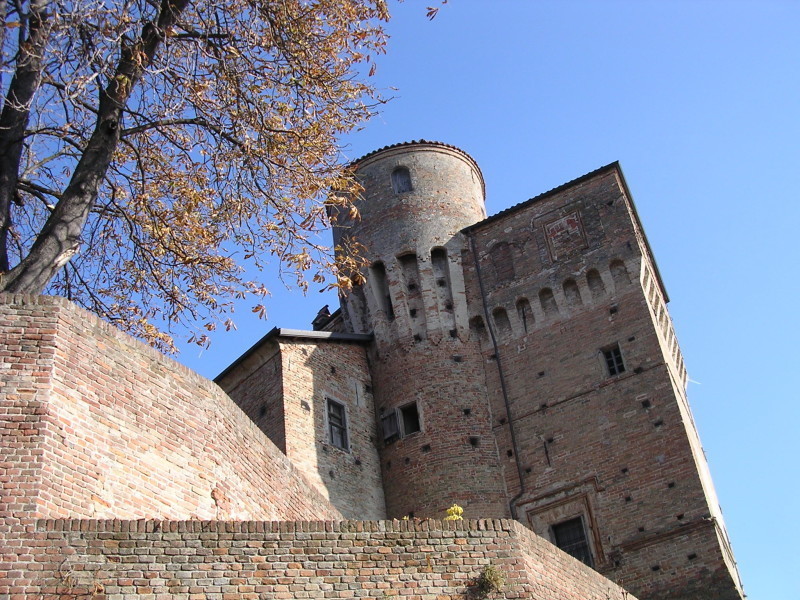 The castle of Roddi is small but precious: a moment you can see it, but it will hide itself at the next curve.  It was originally built as a defense castle and today you can enjoy a breathtaking panorama from there, almost like a picture.

Roddi is on the hills towards Alba and it is a medieval village around its castle. Its origin goes back at the Roman period.

Some Latin funerary chapels witness that the area of Roddi was already inhabited during the Roman period: the Castrum Raudhium was a strategically important settlement, where the Consul Mario defeated the Cimbri in the battle of Campi Raudii in 101 BC. General Stilicone later defeated Alarico’s Goths in the battle of Pollenzo in 402 AD.

Some monks of San Benedetto later built an abbey dedicated to Santo Stefano, which unfortunately disappeared.

The Castle was built in the XIV century by the ancient noble family of Falletti di Barolo. This family possessed other amazing castles such as that of Castiglione, Serralunga and Castellinaldo. The Castle later belonged to Francesco Pico della Mirandola from Mantova, who was a relative of the famous scholar.

The family of Della Chiesa from Saluzzo was the owner of the Castle until the beginning of the XIX century. Finally, Carlo Alberto di Savoia bought the Castle in 1836 but he was not really interested in it.

The building has a rectangular shape and three floors. Two cylindrical towers defend the castle. In spite of the different owners, the high and massive castle preserved the typical characteristics of medieval buildings.

Now, it hosts a cookingh school a nd a museum devoted to the truffle and its “inventor”, Giacomo Morra.

The description of the Castle of Roddi is in collaboration with www.barolofoundation.it and www.castellodiroddi.it.