Prunetto was already mentioned among the “cortes in desertis locis” (courts in remote regions) donated by the Emperor Otto I to Marquis Aleramo. 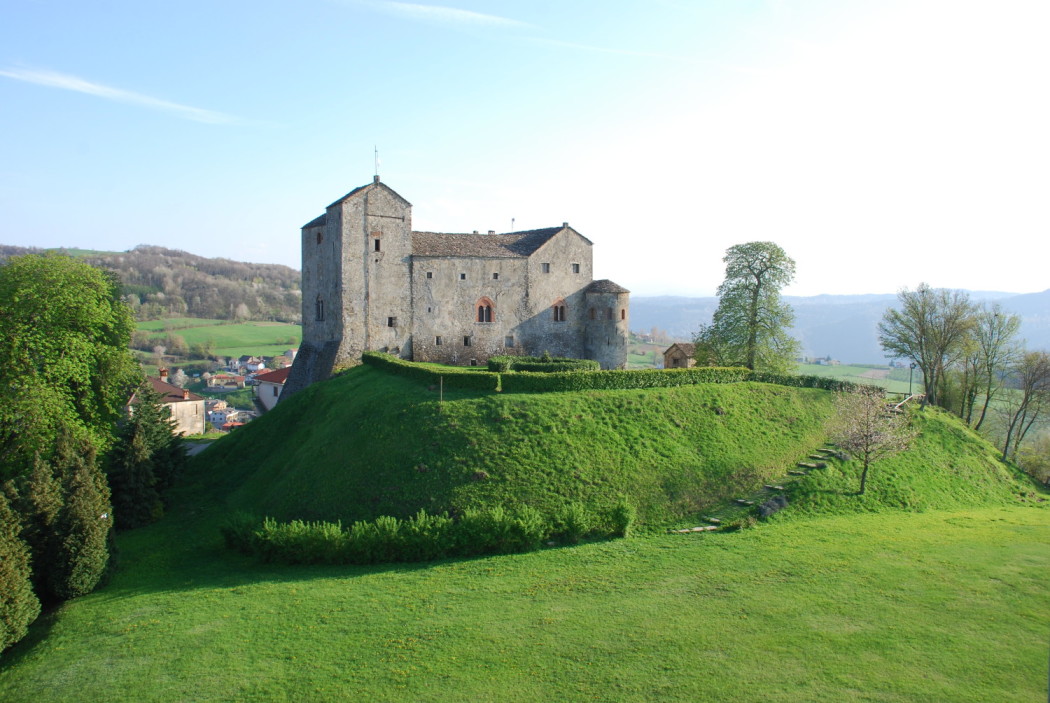 Prunetto was already mentioned among the “cortes in desertis locis” (courts in remote regions) donated by the Emperor Otto I to Marquis Aleramo. Since the 13th Century, the castle belonged to a branch of Del Carretto family, who kept it until 1560, when Count Galeazzo Scarampi married Anna, the last Marquise. The Scarampi family kept the fief of Prunetto until the late 19th Century, when their estates were given to Del Corno family.

Del Carretto family turned the original castle into a fortified noble residence between the 13th and the early 15th Century. In the first half of the 16th Century, they also commissioned a restyling of some boardrooms (with a remarkable fireplace and a fresco cycle).

The outer walls of the imposing medieval structure (with a great square tower and a more recent round corner tower) have been decorated with elegant double lancet windows and a pointed stone portal that could be accessed through a drawbridge. The castle still preserves all its magnificent beauty, and from there you can enjoy a beautiful view over the Bormida valley.

It has been periodically opened to the public since it became a municipal property; the interior houses some ethnographic exhibitions. In the surroundings, the noble chapel and the town gate are worth visiting, as well as the church dedicated to the Madonna del Carmine, which preserves some precious fresco cycles dating back to the 15th-16th Century (such as that painted by Segurano da Cigna in 1478).

Written in collaboration with www.langamedievale.com