The building originally dates back to the 13th century, when it was a square-shaped fortress built to defend the area of Pralormo. The manor’s history is naturally linked to that of the families that have owned it through the centuries. 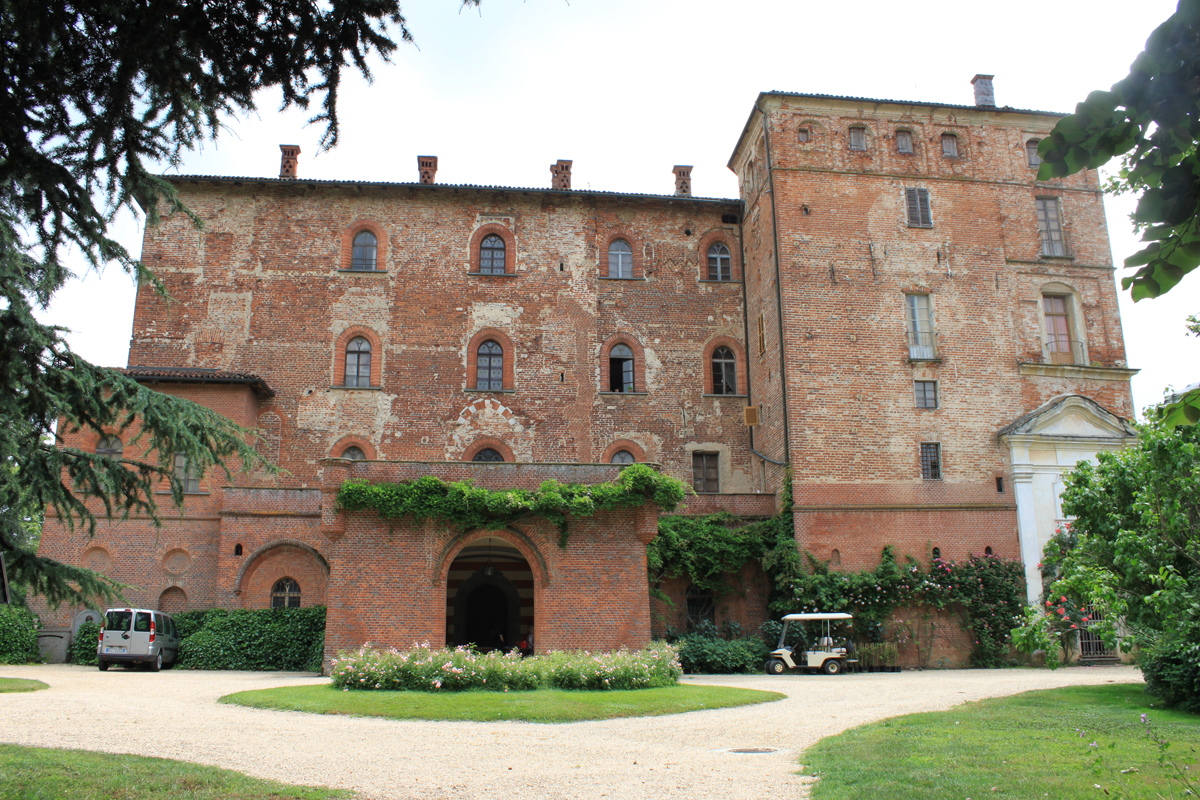 The building originally dates back to the 13th century, when it was a square-shaped fortress built to defend the area of Pralormo. The manor’s history is naturally linked to that of the families that have owned it through the centuries.

The castle birth starts at XIII century, when it was a fortress for the defense of territory.

The castle origin starts at XIII century, when it was a squared-drawing fortress for the defense of territory. From the Middle Age to the beginning of XIX century, the building was encircled by a moat and you could only access through a lift bridge.

His heirs loved a lot this residence and made some big transformations: in 1730 the architect Galletti built a nice  chapel, then they commissioned a raised part with halls and rooms decorated with frescos. Deleted the lift bridge, the colonnade at the entrance was built, together with a magnificent stairway and the central courtyard was covered and transformed into a golden hall, three floors high.

Interiors are very rich and they still recreate the atmosphere of the life in the castle, in particular the one from the middle 1800s to the first decades of 1900’.

The cellar, dedicated to the equipment for grape harvest and wine-making; in the near room the essential decors for people who lived there are gathered, there are the first systems to heat, to wash and to light the rooms during the night.

Then, the Office, with big wardrobes where pottery and porcelain sets are kept, the servants’ rooms with their liveries, the big kitchen, full of any type of tool and with the pastry chef’s corner, the pantries, the shaft, the bathroom, the big honor hall lighted by the amazing glass skylight. After that, the dining room, furnished for twelve guests to recall a famous lunch who was given by the current owners’ great-great grandfather, set up with Meissen porcelains and with a eighteen-dishes menu and Carlo Beraudo from Pralormo’s bedroom (1784-1855). He was an ambassador in Vienna and Paris and a finances minister, he also received the Annunziata Collar from the King and that was the biggest honor then. Finally, the blue living room, where ladies and their sons used to assemble to practice arts such as embroidery, music  and conversation.

At the end of the tour, you can admire the Greenhouse, came from Paris at the end of 1800s, and the area named “garden”.

In April, for twelve years, you can also visit the park to admire the blooming of more than 50.000 tulips and narcissuses bulbs who belong to Messer Tulipano event.
Main events and appointments at Pralormo Castle.

EVERY YEAR DURING THE ENTIRE MONTH OF APRIL: MESSER TULIPANO

Since 2000, every year in April the incredible blooming of over 75.000 Dutch tulips and narcissuses announces spring: MESSER TULIPANO turns the English park into an enchanted garden who hosts exhibits and theme expositions. The event involves all the park: in big lawns, some flowerbeds with curvy and soft shapes are created, paying attention not to damage the structure of the park created by the royal architect Xavier Kurten. So, the flowerbeds spread between the centuries-old trees instead of being geometric and regular.