Between Alba and Cortemilia there is the town of Borgomale, which is dominated by the “five towers castle”of XV century. 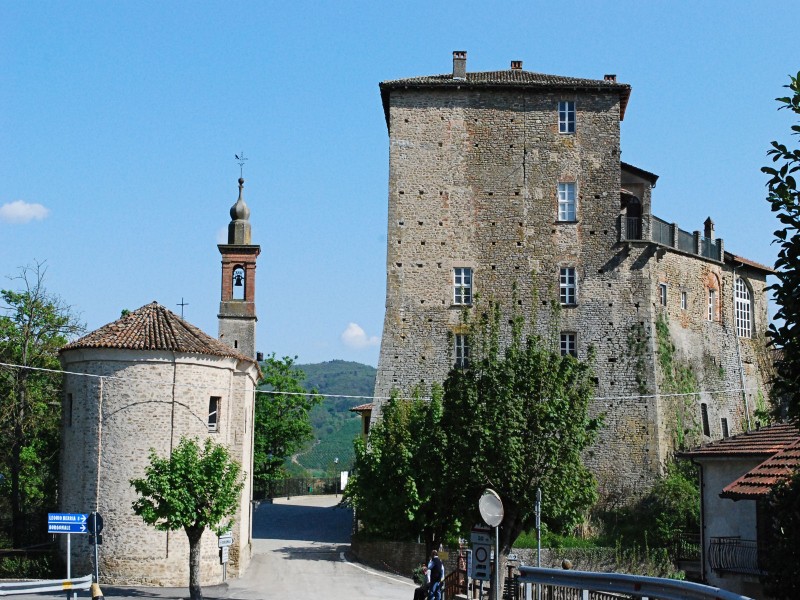 On the road who brings from Alba to Cortemilia, the residential area of Borgomale stands out to the right on a hill and it’s dominated by the “five towers” castle, of which the datingcan be located in the XV century.

In spite of some documents guarantee the presence of a fortified settlement soon after the half of the XIII century, the complex was built in the XV century, with the erection of a massive tower. The distinctive trait of this building were the five towers, from which it took the name; they disappeared during the centuries, as the facade suffered deep transformations, in particular during the XVII and XVIII centuries.

The construction rises up on a polygonal base: the main body on five levels and a covered ramp to close the courtyard have been realized during the XVII century. The central tower is interesting, because its different parts in different levels (different-height windows, a long embrasure for the drawbridge, four stone shelves) prove the complicated layering of various executive phases.

The building is made of various floors: in the ground floor there are a big weapons room and the cellars; in the next ones there are halls, kitchens, compartments; the last one, accessible by a stair with a balustrade from the XVIII century, is characterized by a patrol path, opened on a wide balcony.

The castle, majestic but lugubrious in its greyness, is considered the place of Nella of Cortemilia’s tragic medieval legend, pretty and virtuous girl who was born in one of the towers of the castle where her mother, Adelaide, had been segregated for having rejected her brother-in-law, the count Lionello, who was against the love between Adelaide and his brother Ulderico (her legitimate husband).

Descriptive sheet in collaboration with:  www.langamedievale.com