Sentinels of the Langhe

The Lower Langa is made up of gentle hills and slopes covered with vineyards and dotted with imposing medieval fortresses.

The sentinels 0f the Langhe

The Lower Langa is made up of gentle hills and slopes covered with vineyards and dotted with imposing medieval fortresses. Some of these treasures are covered with ivy and the dust of time, some are as well preserved as if centuries had not gone by. 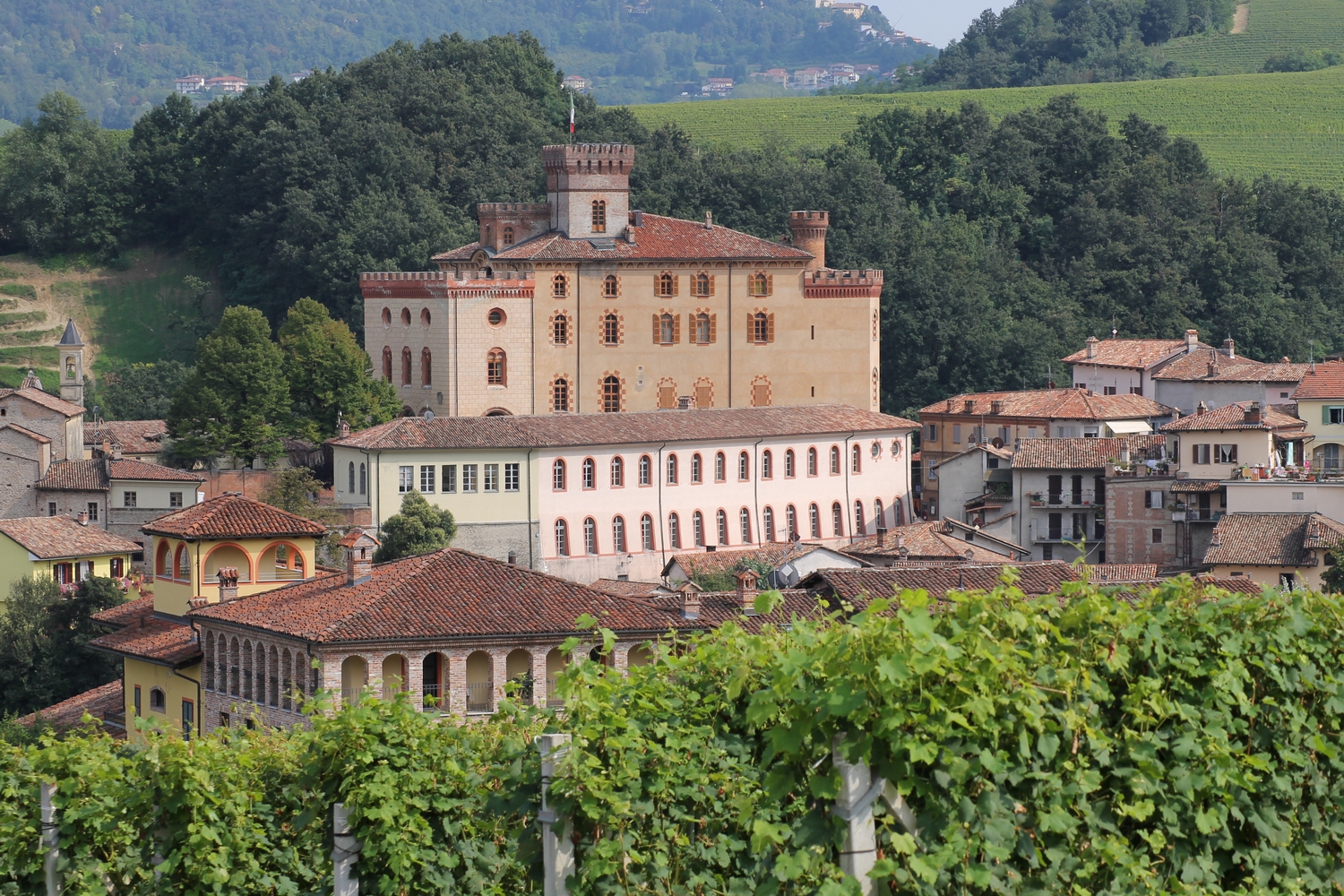 Perched on hilltops, they tell over the history of noble families and violent conflicts between feudatories and liegemen. Imposing brickwork donjons, fortresses made of sandstone and noble palaces are a unique heritage. Some of them are open to the public for visits, many are private properties and can be admired only from their outer edge.

Our journey starts from Roddi. The name comes from the Celtic, raud or rod, river that is the Tanaro River which flows in the valley.
In Roman times it became a strategic link-up centre between Alba Pompeia and the thriving Pollentia. The area is known to the historians for two great battles: the Campi Raudii battle in 101 B.C., when Mario defeated the Cimbri, and the Pollentia battle in 402, when Stilicone defeated Alarico’s Goths.
The most picturesque place in Roddi is the Town Hall square, where you will find the church dedicated to Our Lady of the Assumption, with its late-Baroque façade, and the castle, built at the beginning of the 11th century and it is strategically located on the Tanaro valley.
The historical part of the town is perched around the castle and adjoining the 13th century bell tower.
The imposing fortress is an excellent example of medieval fortified architecture. It has a central three-floor donjon and two mighty towers, the circle-based main tower is tall and narrow in one of its corners, on the opposite side a small hanging tower.
The building is rich in decorations which date back to medieval times. As from 1526 it belonged to Gaio Francesco della Mirandola. Gaio Francesco was a nephew of the great humanist and philosopher Pico della Mirandola. In 1690, the castle was handed down to the Della Chiesa family. It currently belongs to the Municipality and has been open to tourists since 2001.

Following the road towards Alba you get to Grinzane Cavour, which is divided into two villages: Gallo, where many industries are to be found (the most famous ones are related to the production of nougat), and Grinzane, the historical town perched around its fascinating castle, a symbol of the Langa of Barolo.
The town was named after the 19th century statesman Camillo Benso, who served as mayor in Grinzane for 17 years, from 1832 to 1849.

From Gallo following the road markings to Barolo you will find the road to Serralunga, which is one of the most beautiful towns in the Langa of Barolo and it homes Fontanafredda. The winemaking estate was established in 1878 on the initiative of Emanuele of Mirafiori, Vittorio Emanuele II’s son. The complex features the Bela Rosin’s Villa, where king Vittorio Emanuele II and the lower-class maid Rosa met. She became Countess of Mirafiori and the king’s morganatic wife.
The heart of the estate is really worth a visit; it is the impressing royal winery which was built underground.
The village of Serralunga, perched around its dramatic fortress, fascinates tourists with its magic medieval atmosphere.

From Serralunga go through Monforte and turn right to Castiglione Falletto. The town is located in the heart of the Barolo area and it is dominated by the beautiful medieval fortress featuring a mighty tower which can be seen from Serralunga with the naked eye.
Castiglione dates back to Roman times. The castle was built at the beginning of the 11th century as a sighting post. It became part of the Marquisate of Saluzzo in the 14th century and was handed down to the Falletti family, who ruled over the area until the 19th century.
The building was a military stronghold and a strategic sighting post on both Langhe and Monferrato. In 1601 it became property of the Savoy family and it was converted into a residence. It is one of the most exciting belvedere in the Lower Langa. The castle opens to the public on the occasion of festivals such as “Operazione Città Aperte”. Enjoy a walk along its walls and into the town, where well-preserved ancient houses and an incomparable view will leave you breathless. The basement of the Town Hall houses the Cantina Comunale.
From Castiglione drive to Barolo. The well known “king of wines” was named after this beautiful town lying on a plateau surrounded by picturesque hills.
The castle was built in the 10th century, when the Langhe were being invaded by the Moors. Around 1250 a powerful family of bankers of Alba, the Falletti, bought it together with all of the surrounding land and they profitably managed it until 1864. The first Barolo was produced in this area, which included Castiglione and Serralunga on the initiative of the Marquise Juliette Colbert Falletti.