For a long time considered a popular wine, generous but rough, a tavern wine, Barbera saw an extraordinary re-evaluation at the end of the 20th Century which placed it among the elite of the greatest wines all over the world. 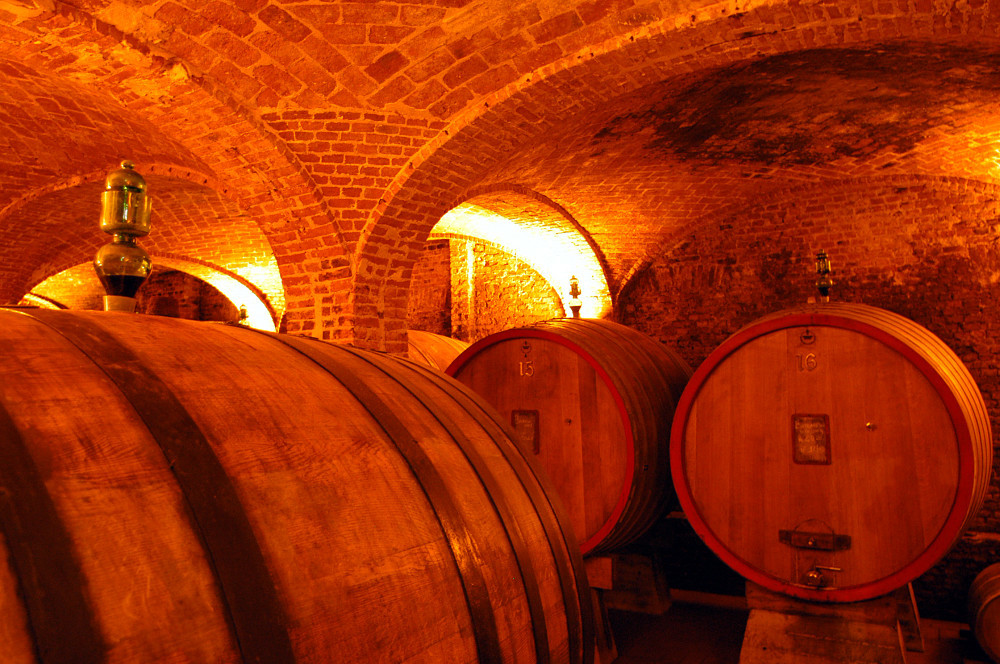 For a long time considered a popular wine, generous but rough, a tavern wine, Barbera saw an extraordinary re-evaluation at the end of the 20th Century which placed it among the elite of the greatest wines all over the world.

The raw material is all there, in those compact midnight blue grape bunches. A great Barbera is not made in the wine cellar: there it is brought up, perfected and preserved, with dedication and respect.
A great Barbera comes from vineyards in the hills, exposed to the sun at midday, when the luxuriant espallieres of leaves recieve the maximum quantity of heat and light. The great Barbera shuns the flatlands and the mountains: its kingdom is the hills. Those of Piedmont tertiary basin, which slowly emerged from the bottom of the sea with its calcareous sediments: a very articulated orographic system, that goes from Langhe to Oltrepò pavese, and in the North up to Monferrato casalese. Barbera vine is distributed throughout these hill slopes, but with different intensity. On southward and not so windy hillsides it can grow up to almost 400 metres, but the best location for a perfect maturation is usually between 150 and 300 metres above sea level.

It matures late because of its high level of sugar, (which will be transformed into alcohol) thanks to the photosyntesis,

Barbera has a lively acidity level which sustains the freshness of the fragrances; in  the past this acidity was too much, it was sourness to be balanced. Modern Barbera is softer and “fuller”.
It is not very clear how and when the fortune of this vine variety began, even now it is the most cultivated in Piedmont, with around 12.000 hectares throughout the provinces of Cuneo, Asti and Alessandria, with some vineyards also in the province of Torino, Canavese, Pinerolese and Val di Susa. The biggest concentration is in south Asti, between Tanaro and Belbo rivers. Nearly all vineyards are enrolled in the Doc list. “Piemonte Barbera” is the basic product,which allows the making of more prestigious wines such as Barbera d’Asti, Barbera d’Alba and Barbera del Monferrato the so called top Docs.

There are many witnesses of pure Barbera vineyards for as long as can be remembered. Unfortunately, it is not a very long remembrance: so far there hasn’t been found documentation about Barbera before the 19th Century. But, its history must be older than that.

Therefore a great incentive, probably came in the second half of the 18th century, with the establishment of small farm properties, and was accelerated at the beginning of the f0llowing century, when France, whose vines were destroyed by the phylloxera, requested wine for blending and integration purposes. At that time the popular wines of the South of France  were characterized by medium body and colour, flat in acidity, and rich only in bitter tannins. What could have been better than Barbera? It is for sure a great blending wine , it always has something to add. But only the best producers test themselves with pure Barbera grapes: they can make a truly great wine, but only with particular conditions; the winemaker has to tame the grapes.