The capital of the Langhe has about thirty thousand inhabitants and is located on the right side of the river Tanaro. 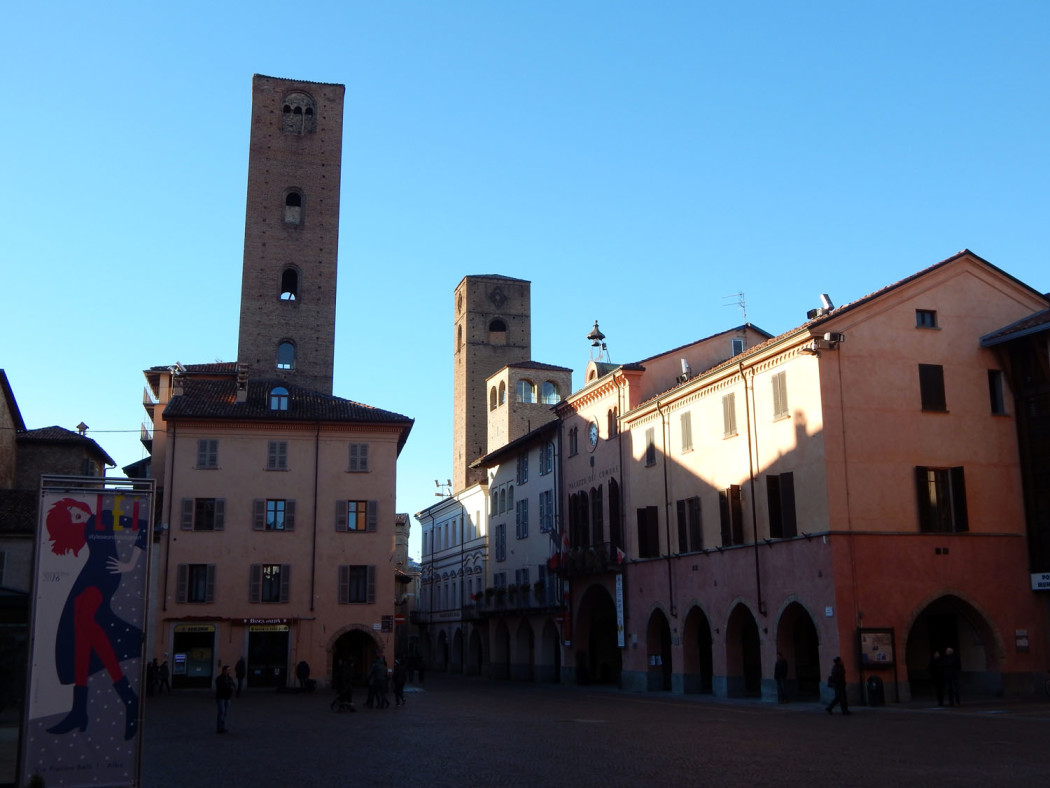 The capital of the Langhe has about thirty thousand inhabitants and is located on the right side of the river Tanaro.

Founded over two thousand years ago, this town has often been invaded and plundered over the centuries, but it still preserves its ancient churches and some of its medieval towers which proudly rose above the houses and gave Alba the name of the “town of a hundred towers”. Nowadays, there are about ten towers (which were built as a sign of wealth or to defend the town), located in the well preserved medieval old town.

The historic centre of Alba begins in via Cavour, a street which is rich in medieval buildings (Artesiano’s Tower, the Merchants’ Lodge and an aristocratic fortified building with lancet windows) leading to the Cathedral square. There, you can find the Town Hall, whose council chamber preserves some precious works of art, such as a painting by Macrino d’Alba, a great painter of the Piedmontese Renaissance. The square is dominated by the Cathedral of San Lorenzo, which was first built in Romanesque style in the 12th Century, completely rebuilt in 1486 and restored many times over the centuries. Located a few minutes away on foot from the Cathedral, you can reach the Church of San Domenico, built in the late 12th Century in early Gothic style.

Via Vittorio Emanuele (or Via Maestra) is the main street of Alba, it crosses the entire old town and ends in Piazza Savona, where the arcades and the buildings of the 19th Century face the modern part of Alba, tied to industry and tourism. The square is dominated by an illuminated fountain dedicated to the Cavaliere del Lavoro Giovanni Ferrero, who founded the main confectionery industry together with his brother Pietro.
The Savona Hotel, the oldest hotel in Alba, is on the right side of Piazza Savona. It was founded by Giacomo Morra (1889-1963), also known as “the king of truffles”, who devised the first marketing operation of the 20th Century by creating the myth of the white truffle and, as a result, the fame of Alba in the whole world.