The Church of Santa Maria di Vezzolano was built in the fervid atmosphere of reforms of the 11th Century, when a large number of religious complexes were built. 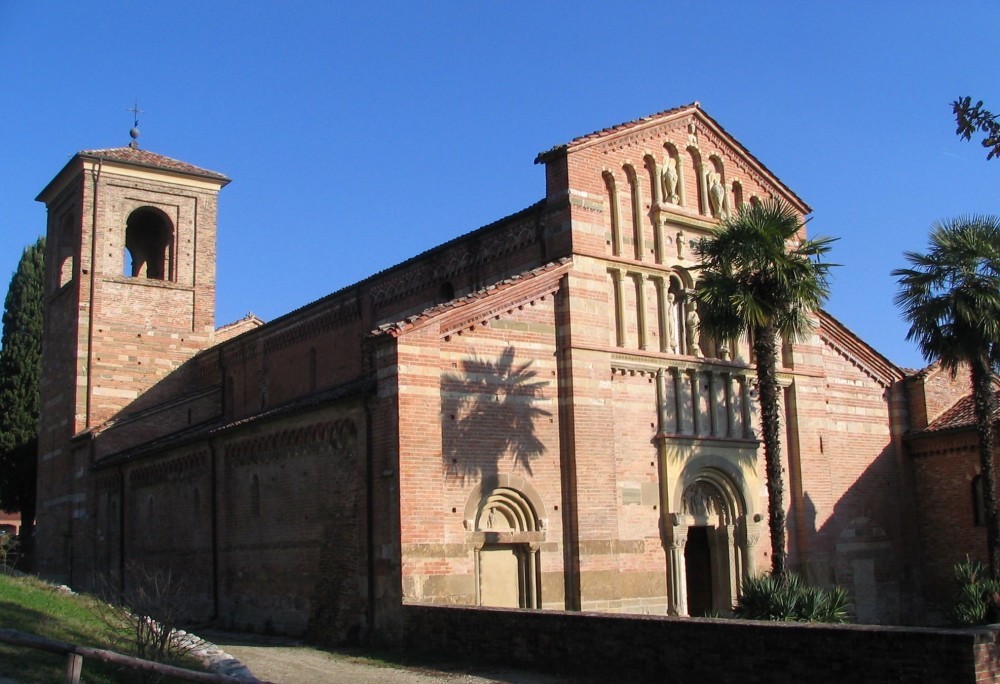 The Church of Santa Maria di Vezzolano was built in the fervid atmosphere of reforms of the 11th Century, when a large number of religious complexes were built. The foundation stone was laid on the 27th February 1095, it is certified by a document reporting that some feudal lords invested Teodulo and Egidio with the office of “officials” of the church of Vezzolano, on condition that they followed the precepts and the clerical rule, which was probably the same as St. Augustine’s rule that was later documented in Vezzolano (Papal bulls of 1176 and 1182). The religious observance was respected for a long time, so the reputation of rectitude of the clerics of Vezzolano is mentioned in many documents up to the 13th Century inclusive.

In the 19th Century, the ecclesiastical complex of Vezzolano had already aroused the interest of visitors and scholars, who were fascinated by its picturesque views on the medieval monastery, built in a style between Romanesque and Gothic and surrounded by the gentle slopes of the Monferrato.

Confirming the scholars’ comments of the 19th Century, the buildings (in particular the church and the cloister) were carried out in different periods, in the same way as other religious complexes in Piedmont, because of interruptions and political turnovers that caused, between the second half of the 12th Century and the first half of the 13th Century, the intersection of the Romanesque culture with the Early Gothic style.

The decoration of the church façade displays the most innovative element of Vezzolano: the presence of statuaries from the transalpine region; they were first made according to the Lombard style, then to the Burgundy Romanesque. The statuary of the Annunciation probably dates back to this period; it is carved in the jambs of the central window of the main apse, and its iconography refers to the statuary preserved in the sanctuary of Sacra di San Michele alle Chiuse.